The NO SPOILERS! browser extension blocks all AVENGERS: ENDGAME spoilers on Facebook 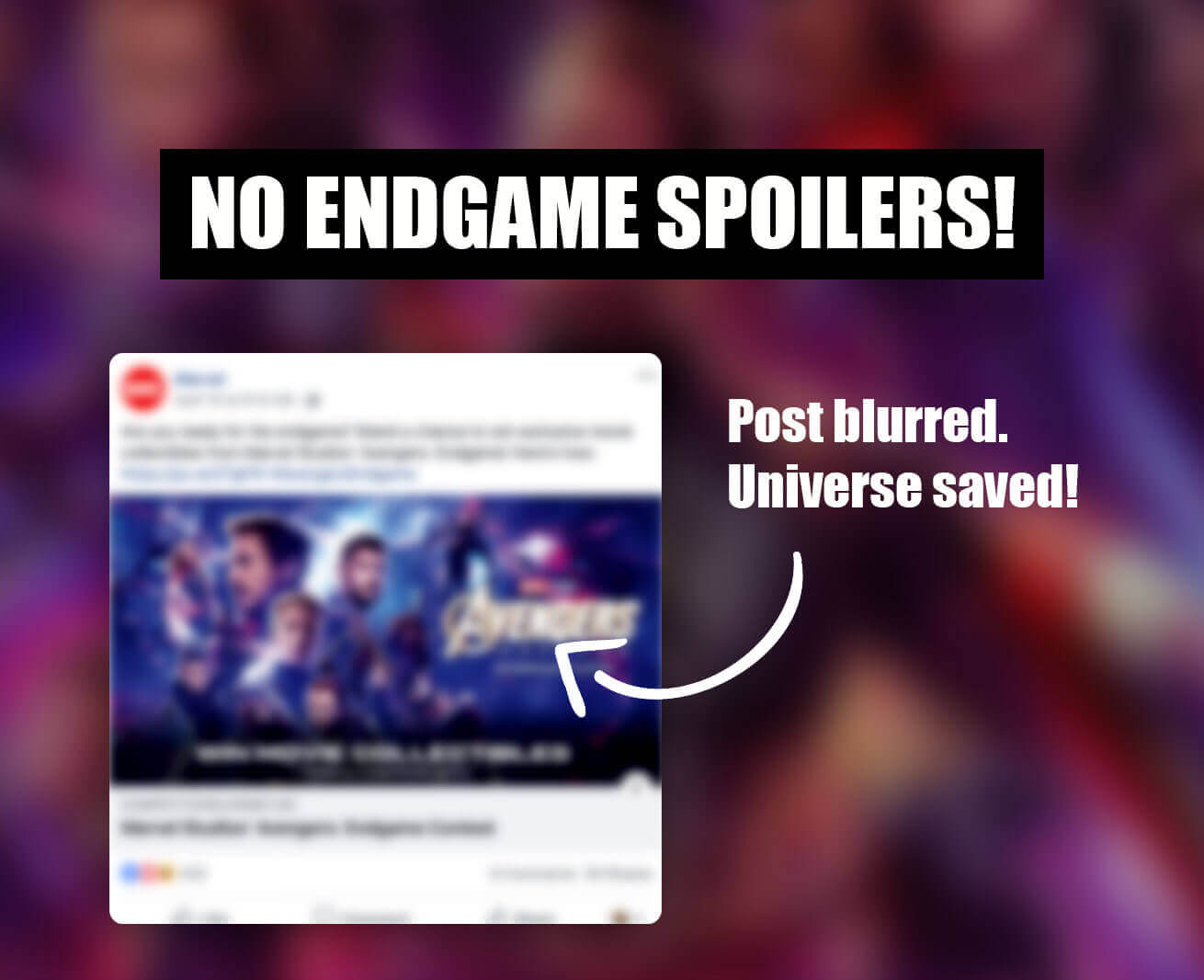 Afraid of spoilers for Avengers: Endgame? We have your back!

Avengers: Endgame is one of the most highly-anticipated films of the year. After the shocking cliffhanger ending of Avengers: Infinity War, fans have been feverishly awaiting the conclusion of this epic tale. There's no doubt that the Marvel Cinematic Universe will be forever changed by the momentous events about to unfold.

Directors Joe and Anthony Russo have written an open letter to fans, imploring that viewers do not spoil the film for those who haven't seen it yet. Some have even decided to stay off the internet altogether for fear of plot points being ruined for them. About five minutes of footage from the premiere screening have been leaked, spreading like wildfire and threatening to ruin the Endgame experience for fans everywhere.

There is no need to stay off social media thanks to Popcorn's NO SPOILERS! Google Chrome browser extension which automatically blurs out any Facebook posts that even mention the film.

If you have friends who, like Spider-Man actor Tom Holland, keep giving the game away, arm youselves with this extension.