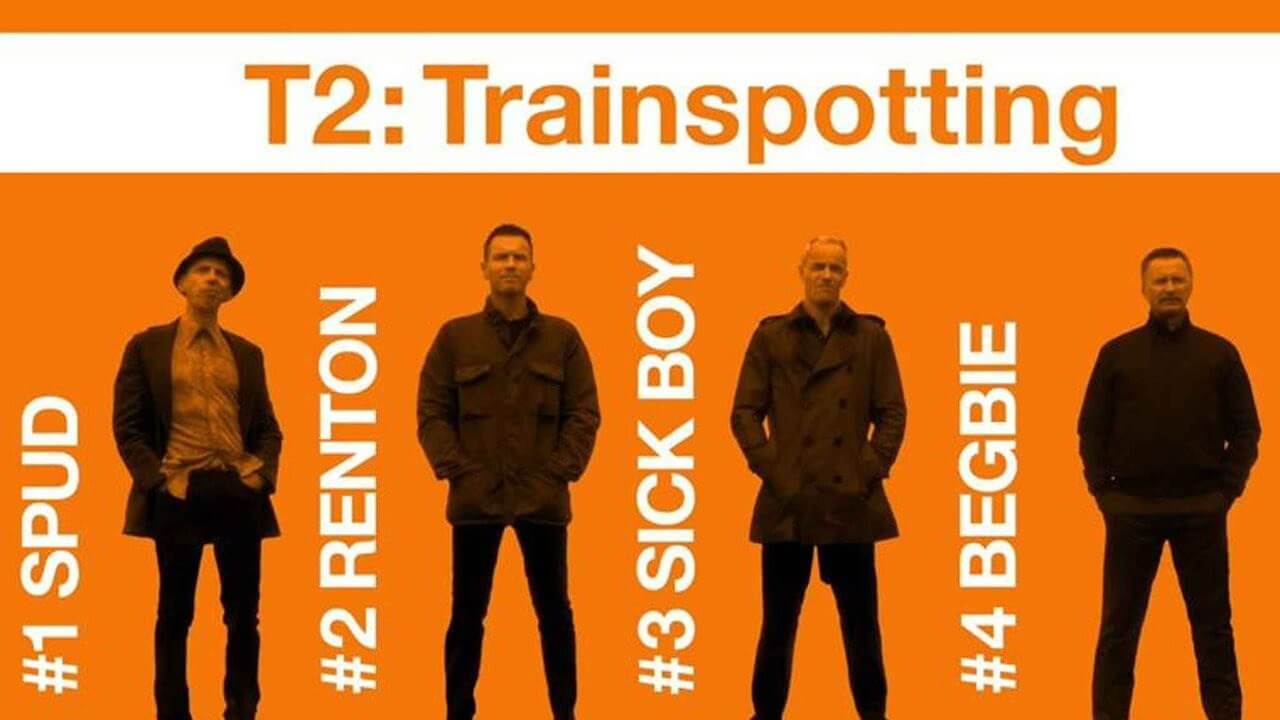 A worthy follow-up to the cult hit of 1996 that feels less subversive but no less invigoratingly-executed by Danny Boyle.
Rating: 3.5 stars / B+

“You're an addict.  So be addicted, just be addicted to something else.  Choose the ones you love.  Choose your future.  Choose life.”

The constant is that their lives are still as messed up, ageing dudes at the mercy of drugs and making quick illegal bucks.  Mark is in the best condition of the quartet.  He visits Edinburgh and his old ‘friends', not knowing that bad memories of the past will hit all of them hard.  Mark's desire for redemption is matched by Begbie's thirst for revenge, while Spud and Sick Boy find their alliances with Mark and Begbie respectively tested.

T2 Trainspotting is directed with the expected vigour and high-octane energy of Boyle’s assault-of-the-senses style.  It is, however, less subversive than the first movie.  Time has not been kind to these men.  They can’t choose the drug-fuelled lives of their youth anymore, but they also can’t get away clean.  Their troubled past takes a toll on them psychologically and emotionally—lives were changed, some irreversibly.

In a few scenes, we see flashbacks, some of which are cleverly superimposed onto the present.  The echoes or spectres of twenty years ago continue to haunt the quartet in different ways.  The sequel, however, does suggest closure, a kind of one-gets-what-he-deserves ending, though Boyle leaves enough room for a third film, should everyone be keen on a reunion, say, ten years later.

T2 Trainspotting is largely entertaining, and even for those who haven’t seen the first film, there’s enough back story and adequate characterisations to understand where these characters are in their present lives, and how we should feel about them.  Boyle doesn’t quite encourage empathy, but the main themes—the passing of time and a sense of what-could-have-been—should resonate in ways similar to Richard Linklater’s approach to his ‘Before’ trilogy.

The eclectic and pulse-pounding soundtrack, mostly comprising of curated songs and a little bit of dizzying electronic music, comes at you like a sledgehammer in the first second.  You should not expect anything less from Boyle, who delivers a worthy sequel. 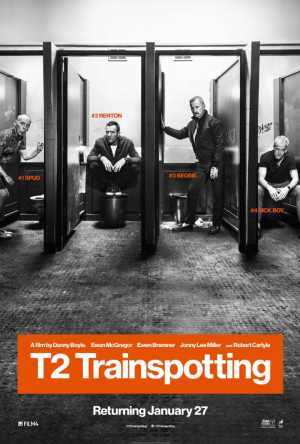